The Diversification of Evangelization 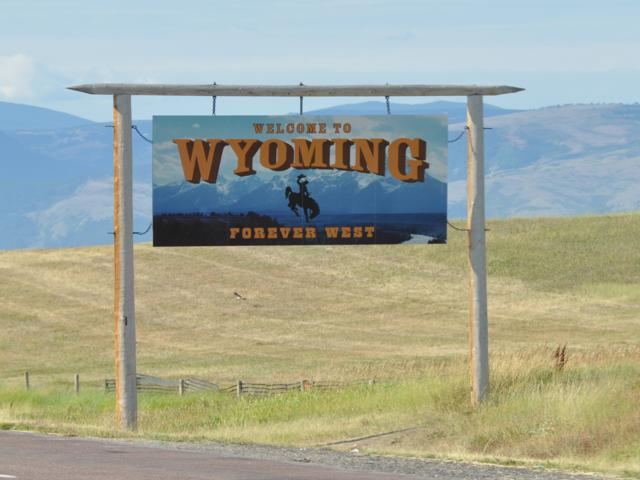 If you've spent more than fifteen minutes in my company, you've probably heard me speak about my present fixation: the establishment of a Catholic confessional state in Wyoming (Montana is a possibility, but Wyoming's low population density makes it hard to beat).

The idea is simple enough: take a handful of orthodox Catholics (three-quarters of a million will do) and have them relocate to the Cowboy State, building towns and communities where they settle. Given the relatively small number of native Wyomingites (576,412 according to my calculations), control of the state could be peacefully and legally achieved simply by operating within the established political framework. Once the state house is sufficiently Catholicized, the Confessional State of Wyoming would opt out of every conceivable federal program, with the intention of creating as much autonomy from Washington as possible. Unencumbered by the menace of a secularized central-state and the problems of pluralism (non-Catholics could stay, but the ethos of the state, culturally if not legally, would be decidedly Catholic), the people of Wyoming could go about creating a society characterized by authentic Catholic community and culture.

A few of my fellow Catholics sympathize with the vision, but most push back with varying degrees of intensity. The thread of their argument, however, is the same. As Christians, they tell me, we are called to evangelize to the world. After all, Christ himself instructed his followers to "go and make disciples of all the nations." And how can one do that when he's holed up in his insular Catholic ghetto? The "confessional state option," I am told, amounts to nothing more than abandoning the world and disregarding Christ's instructions, hiding one's light under a bushel out of fear, despair, and probably a little selfishness. It is not compatible with evangelization, and thus, they conclude, no option at all for a Catholic.

To answer the first question, the confessional state is not only compatible with evangelization, properly understood, it's actually conducive to it. Critiques fail to recognize this because they misconstrue just what evanglization is, viewing it through the distorted modern lens of individualism. Individualism forces people to think of evangelization as something isolated within the life-span of a single human person, and independent of others' efforts. From this perspective, if you haven't successfully converted x number of people to Catholicism or passed y number of amendments defending traditional marriage or shutdown z number abortion clinics by the time you've died, well, you just haven't evangelized!

Such a conception of evangelization is inconsistent with the Catholic understanding of "building the Kingdom." It ignores the example of the medieval mason, who laid the cornerstone for a beautiful cathedral that he would never live to see completed. It ignores the wisdom of martyred Salvadoran archbishop Óscar Romero (or whoever wrote that poem), who reminded us that, as "prophets of a future not our own," "[t]he Kingdom is not beyond our efforts, it is beyond our vision." It ignores the Church herself, who always teaches us that we are part of something greater, greater than ourselves and greater than our lifetime. Basically, an individualistic understanding of evangelization is not an understanding at all.

Here's the truth of the matter: evangelization is multi-generational. The struggle to preach the Gospel to all the corners of the earth does not begin with my own efforts, nor does it end with my death. It pre-existed my birth and it will certainly go on long after I'm laid to rest. This is, in a way, quite liberating. It means that in order to evangelize, I don't need to necessarily be a headhunter for Jesus, concerned only with collecting a requisite number of trophies that I can pawn off to St. Peter in exchange for admittance through the Pearly Gates. It allows me to take a much more natural approach to evangelization, recognizing that, like culture and society itself, it is an effort that must be built up over the course of generations.

Which is exactly what the confessional state seeks to do. There's something to be said for a political community founded on a moral consensus, not on the implicit consensus that there is no objective morality; a society where an ethos of "live and let live" is replaced by the axiom that one should "live virtuously." A place where atomized individuals pursuing their own conception of happiness give way to a community collectively pursuing Happiness.

And lest you're bored with my abstractions, the practical improvements of life in such a society would be stupendous. Instead of pouring everything we have into a "backs-against-the-wall" defense of marriage, us Catholics could actually concern ourselves with proactively strengthening the institution of marriage. Instead of writing books and organizing groups to highlight the perverse decline of Catholicism at our schools and universities, we could devote more of our time and energy to developing more effective ways of teaching the faith and catechizing our youth. And instead of constantly picking between the lesser of two evils when it comes to politics, we could enter the voting booth knowing that both candidates share our same fundamental convictions, but just have different ideas about how to put them into practice.

Such a society would be a boon for Catholicism. It would lead to a revitalization of Catholic arts and culture, the renaissance of the traditional family and community, and an exponential spike in vocations to the priesthood and religious life. It's an example of  the smaller, but purer Church that Pope Emeritus Benedict XVI has in mind. And though it would be insular and "ghettoized" in some senses and at some stages, it would pay dividends for evangelization by creating a cohesive Catholic core from which our children (or our children's children) could go out and make disciples of all the nations. When I say the confessional state is conducive to evangelization, this is the long game, multi-generational understanding of evangelization I have in mind.

To address a previous question that I've left unanswered, I think many people are opposed to the confessional state as an authentically evangelical approach because they simply don't want to join one. Which is fine.  I recognize that the confessional state is not for everyone, and not everyone needs to share my preference. We don't all need to evangelize in the same way.

But that's the point that needs to be made. It's not just a historical accident that the saints did not all live identical lives. Some were martyrs in the public square; others were founders of monastic orders. This Chesteronian paradox highlights an important characteristic about Catholicism: its capaciousness (to borrow one of my former professor's favorite words).  Everything that is, is contained in the Church, that trysting place of all truths. Seemingly contradictory pairs not only co-exist in the Church, they are proven to be insufficient without the other: procreation and chastity; grandeur and humility; justice and mercy.

This truth applies equally to the seemingly irreconcilably different ways we can evangelize the world. The decision of Ryan Anderson to become the de facto defender of marriage in the public square should be commended, as should the decision of a friend who has decided to forgo undoubtedly a lucrative career in law or academia and instead intends to join a Norbertine monastery. We should applaud Professor Helen Alvaré, a woman pours herself into communicating the Church's views on sexuality and womanhood to a secular audience, just as forcefully as we should applaud my sister-in-law's mother, who pours herself into raising and educating 10 children. The approaches are different, but the mission is still the same: to build the Kingdom; to live the Catholic life; to evangelize.

We make a mistake when we say that because a particular approach is right for me, it must necessarily be right for everyone else. It's another form of individualism, and the wrong way to think about evangelization.

Different people have different dispositions and different charisms, different strengths and different weaknesses. You might be called to a life of service and activity just as much as I might be called to a life of contemplation and quiet. And that difference is fine. St. Paul recognized this when he likened the Church to a body, with different parts with different functions but one unifying purpose. We must celebrate this diversity, because it's what makes Catholicism durable and time-tested, capable of surviving and thriving in different settings and at different times.